An Interview with Jack Cardiff

By some ironic fate you have chosen a subject, the film I directed:

“Scent of Mystery”, which is the one film I want to erase from my memory.

The reason for this is that, through no fault of my own, the film was a complete disaster….”

The words my hero, the great cinematographer and director Jack Cardiff, sent to me on a cassette tape in 1986. In response to questions I sent him via snail mail while I was studying at the Australian Film, TV and Radio School (AFTRS). This miracle, planted the seed for a dream, now realised: Fifty-five years after its original scented release, the film lived to smell another day!  At the National Science and Media Museum in the UK, for the Danish Film Institute in Copenhagen and smelling up the original Cinerama Dome for the TCM Classic Film Festival in Hollywood!

Jack Cardiff’s take on the original ‘Stinker’, the first and last film to be presented in Smell-O-Vision! is that the smells were bad. But this is only one perspective, part of a detective story now told in the documentary In Glorious Smell-O-Vision! the true story of the Godfather of Smell-O-Vision!

For those unlucky enough to not be familiar with his work, Jack Cardiff had an incredible career spanning ninety years and over a hundred films, both as director and Oscar-winning cinematographer. Including one of my favourite films, Black Narcissus (1947), the title referring to the perfume Narcisse noir and its effects on others in the film. 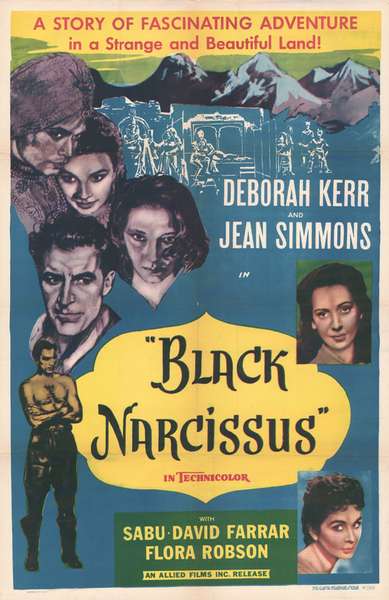 Jack Cardiff was cinematographer on two other Michael Powell and Emeric Pressburger’s films, A Matter of Life and Death (1946), and The Red Shoes (1948). He shot panoramic scenes for Albert Lewin’s Pandora and the Flying Dutchman (1951) in Spain, The African Queen (1951) in the Belgian Congo and The Barefoot Contessa (1954). Another notable film, which Cardiff both directed and photographed, The Girl on a Motorcycle (1968), starred Marianne Faithfull.

Known as “the man who makes women look beautiful” Cardiff worked with Ava Gardner, Audrey Hepburn and Anita Ekberg (War and Peace) and Marilyn Monroe (The Prince and the Showgirl), as well as Elizabeth Taylor in Scent of Mystery.

Despite his reservations about his experience with Scent of Mystery, Jack Cardiff had experienced the power of scent for himself:

“I think one of the reasons I was interested in smells in films was that I had been to a show, a theatre show in London and they had had a kind of Turkish scene or Eastern scene with a Harem or something like that, and over the stage effects they’d released a lot of incense, and it had a powerful effect on me…”

Despite the commercial failure of Scent of Mystery and Smell-O-Vision!, Cardiff  expressed his ongoing belief in the potential of cinema with scent:

“Frankly I think it has a future today.  I think sooner or later someone will get around to doing it properly…

When it will come I don’t know. You can listen to the complete audio interview here.